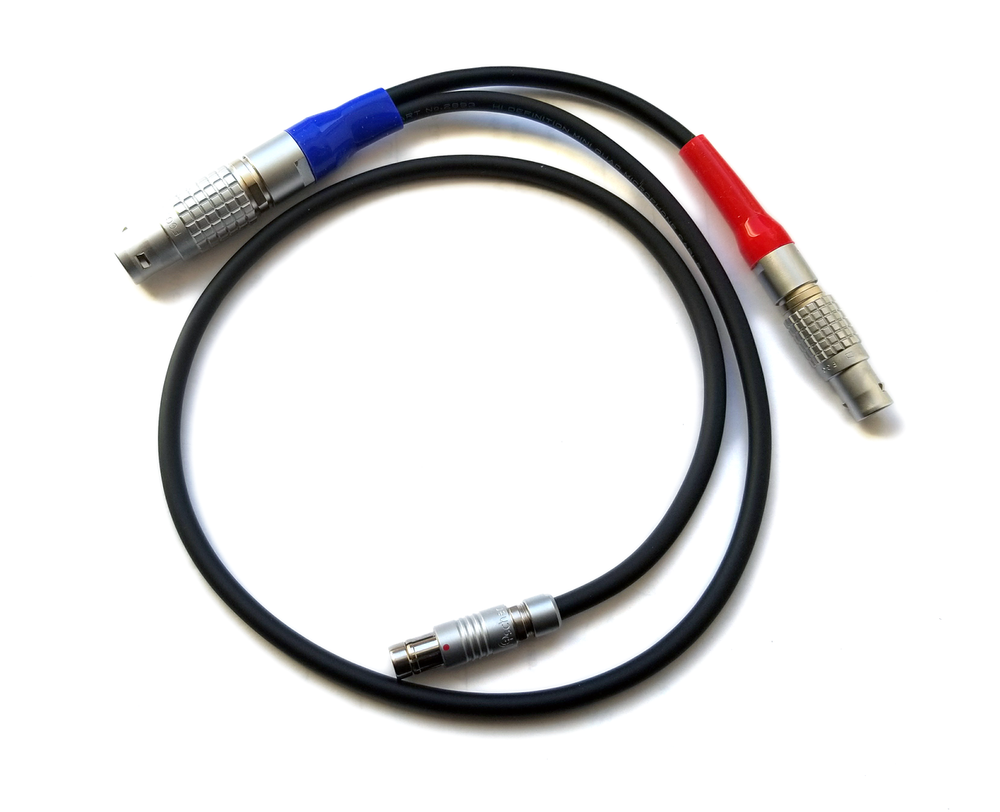 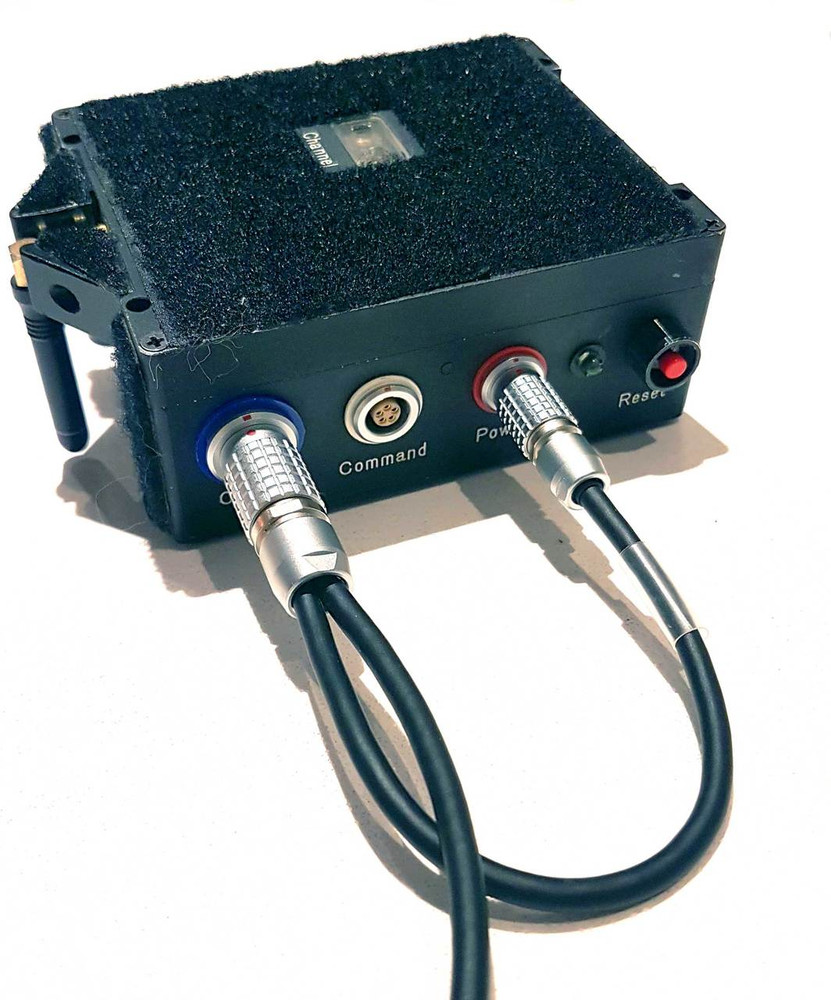 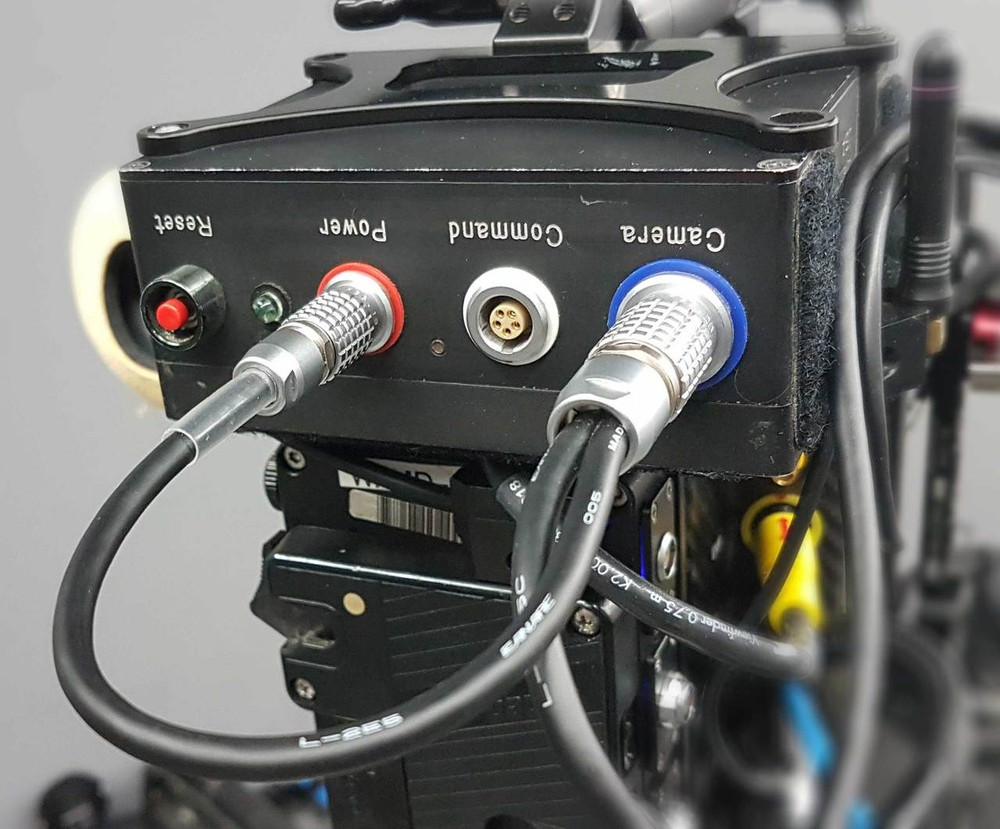 This combo cable plugs into a single R/S 3-Pin Fischer port on the Arri Alexa, or any Arri camera equipped with the 3-Pin Fischer R/S port. When using a Preston MDR2 with an Arri camera such as an Alexa, a separate power and run/stop cable is typical. This redundancy ends up occupying two R/S ports, making it inconvenient to power other accessories and increasing cable clutter on the camera. By reducing the power and run/stop signal into one connector with a small jumper, you are only using a single R/S port and single cable to the MDR. Some combination cable designs employ a 'Y' cable design, where the connection occurs under heat shrink wrap in the middle of the cable to split into the two required connectors on the MDR. This design can be unreliable and is susceptible to breakage. Our design incorporates the 'Y' inside the larger 2B connector that plugs into the 'Camera' port on the MDR. By protecting this joint within the enclosed brass connector, reliability is increased and risk of damage is greatly reduced.

This combination cable can be configured with straight cable connectors going into the MDR, or 90 degree connectors going into the MDR. A straight connector configuration is typical for assistants who prefer to mount the MDR on the side of the camera, while a 90 degree configuration is best for assistants who like to mount the MDR on the back of the top handle, reducing interference of the cable with the operator's head.

This cable is only offered with a 3-Pin Fischer connector at the camera end, and is configured for 24V operation of the MDR only. It will only work with the following Arri cameras:

This cable will not work on the Arri Alexa Mini with an EXT-R/S jumper cable because the power supplied from the EXT port is current limited to 1A which is insufficient for high motor loads from the Preston. If using a Wooden Camera D-Box for the Mini, however, this cable will work as the D-Box employs separately regulated power to the R/S ports, and passes the R/S flag along independently to the EXT port.

The length parameter selected above refers to the length of the cable going from the 'Camera' connector on the MDR to the camera itself. In most cases, a 24" length is typical for the Arri Alexa.